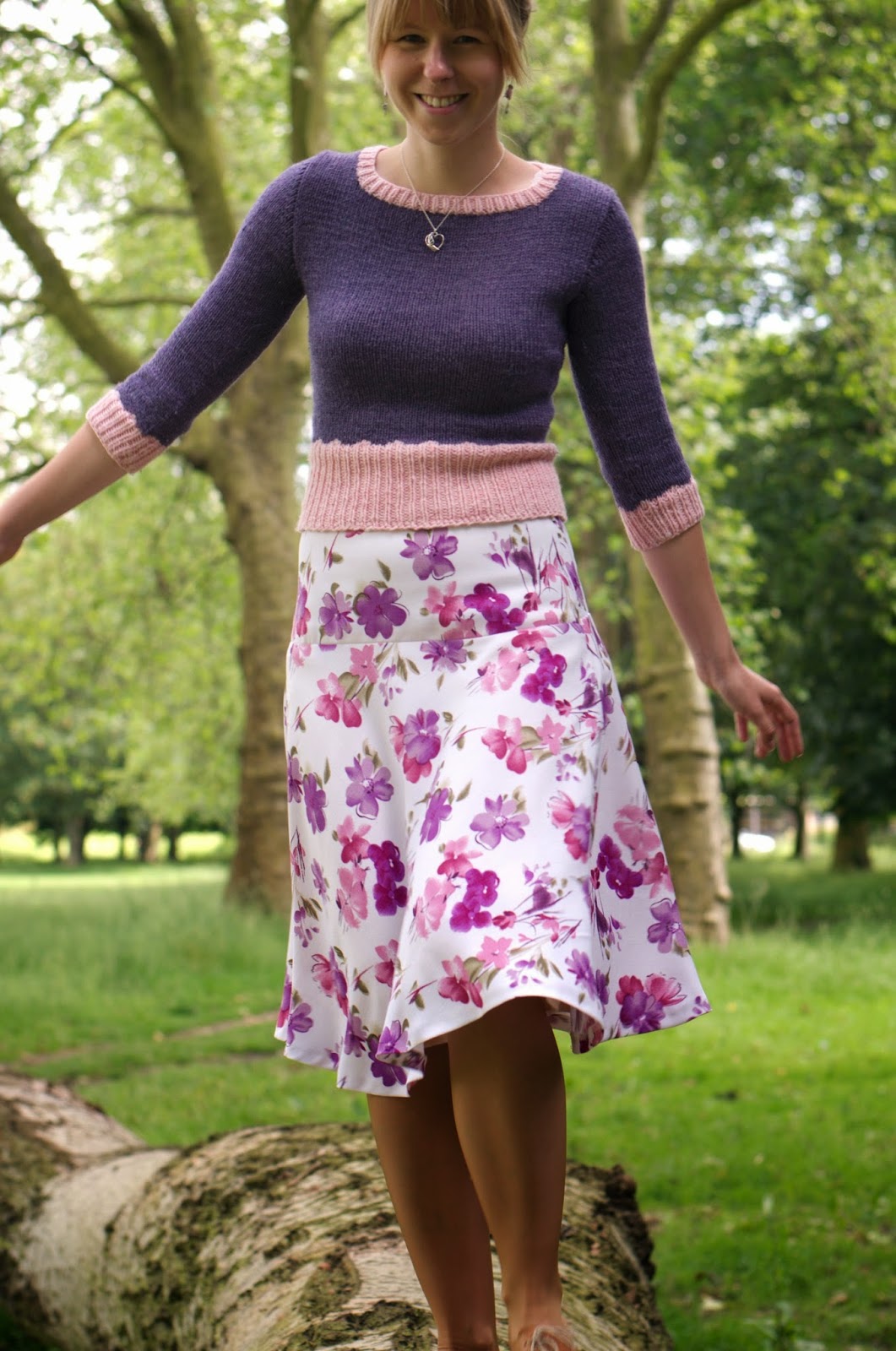 Pattern: Burda No 0005A from Burda Style Special autumn/winter No5/2013. This is already my fourth make from this Burda issue, which is actually the only Burda issue I have. So, I am proud that I have used several patterns from it and no, I am not done yet, there is another pattern that I want to make. 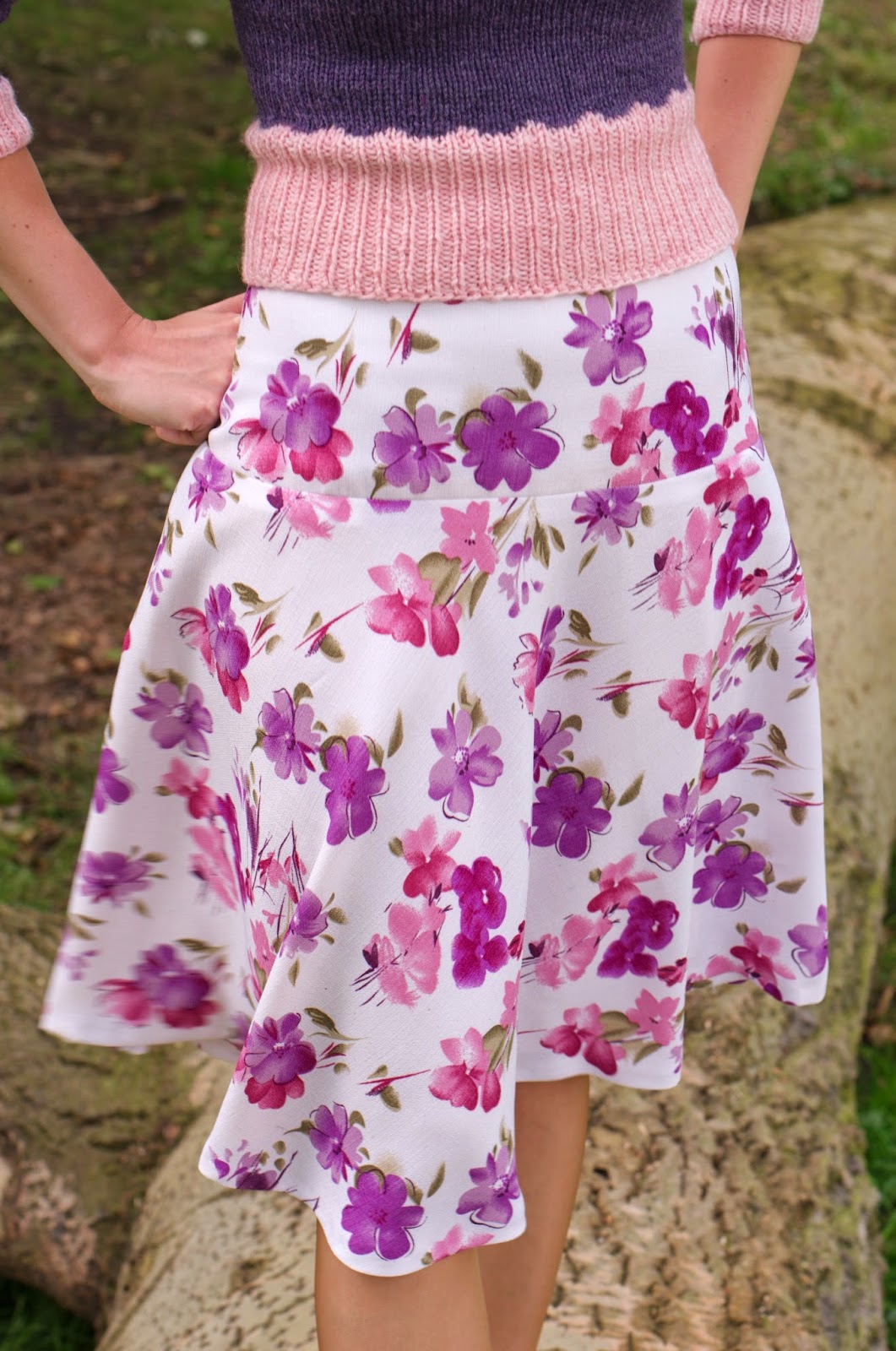 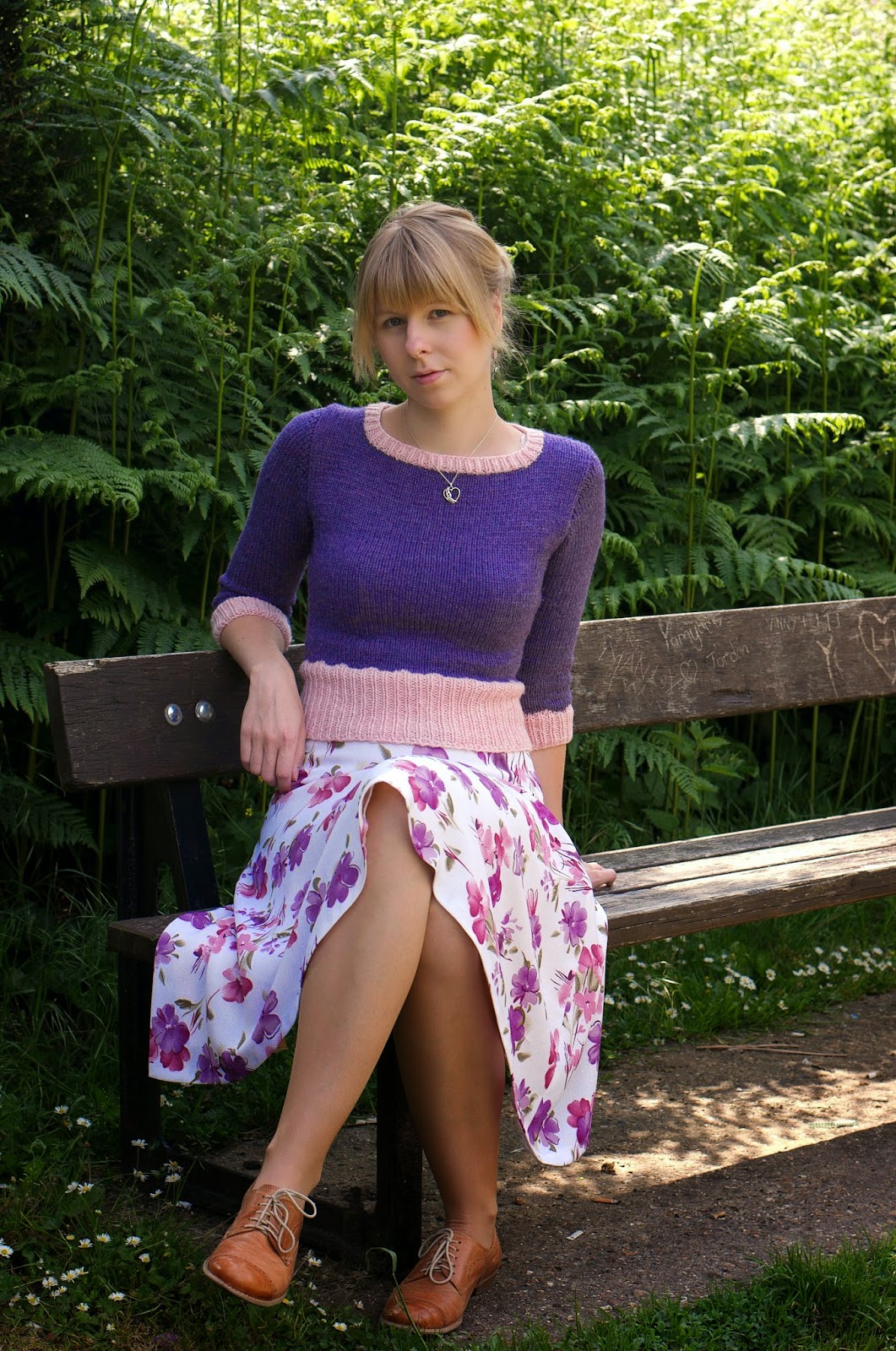 Fabric: When I bought the shell fabric, I was convinced it is some kind of linen. But now I am not so sure anymore. Because linen creases and I have been wearing the skirt/sitting in the bus and no single crease appeared! So, maybe its a linen/polyester mix - with loads of polyester! 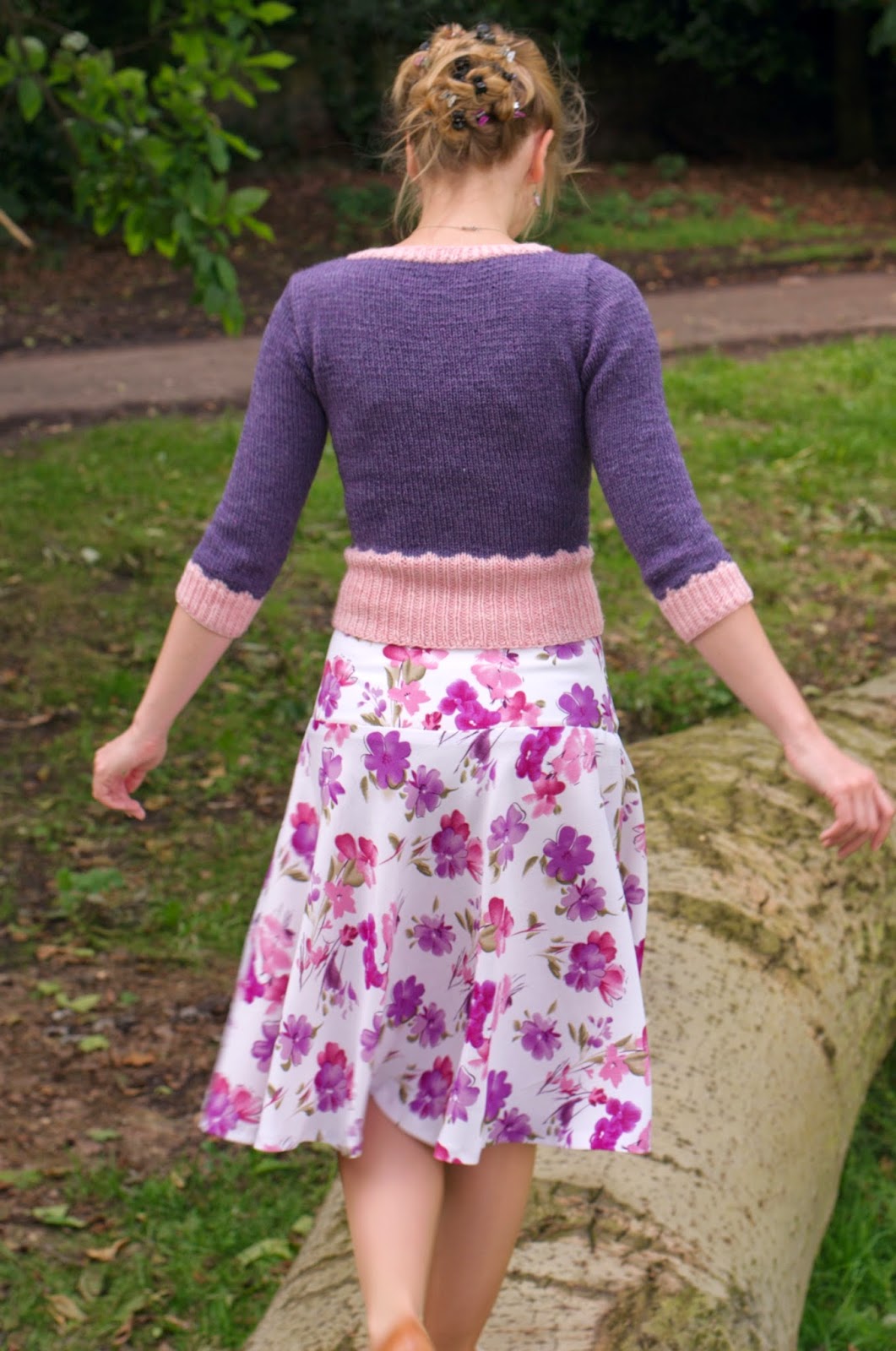 Annoyingly, there was a blue mark on the fabric, which I didn't spot when it was cut. It looked like somebody had scribbled lines with a blue pen on it. The stains didn't go out after washing and I couldn't avoid them, because I had just enough fabric to cut the shortest version of the skirt. There is a blue line on the front skirt panel, but luckily it is difficult to spot.

For the facing I used some white cotton voile. I was worried that the "linen" would loose its shape and to avoid the yoke growing on me, I used the cotton and a woven fusible interfacing. The lining is made from a nude-colored polyester. I made a lining because I was worried that the white parts of the skirt might be a bit see through.


Size: I cut a straight size 40, but had to take in a couple of cm when trying on the basted skirt. Otherwise I didn't do any alterations, yeah.

Construction: I didn't follow the instructions at all, but just sewed however I though it is right. For putting in the invisible zipper, I followed Sunni's tutorial from the free Craftsy Zipper Class and when adding the facing used the technique from the Colette Sewing Book.

Facing and shell fabric are stitched together at the top of the yoke (obviously) and at the yoke/skirt panel seam line. The problem was that my shell was slightly bigger than the facing and I decided to just ease it in. But because of the easing there are now a few bulges on the front yoke. (That was the moment I asked myself: Why is my sewing never going smooth? I don't think I ever had a garment that I sewed without any problems.)

The part that took me longest was the hemming. Because of my sway back, the back was shorter than the front. I was standing in front of the mirror and tried to guess how much I have to chop off. It took some trial and error (and more chopping off than I wanted to), before I had it right. Then I just couldn't decide how to hem the skirt. I wanted to have something like a lettuce hem, but didn't know how to archive this with the linen. I then settled on just turning the hem up once, because I wanted to avoid a stiff hem as much as possible. 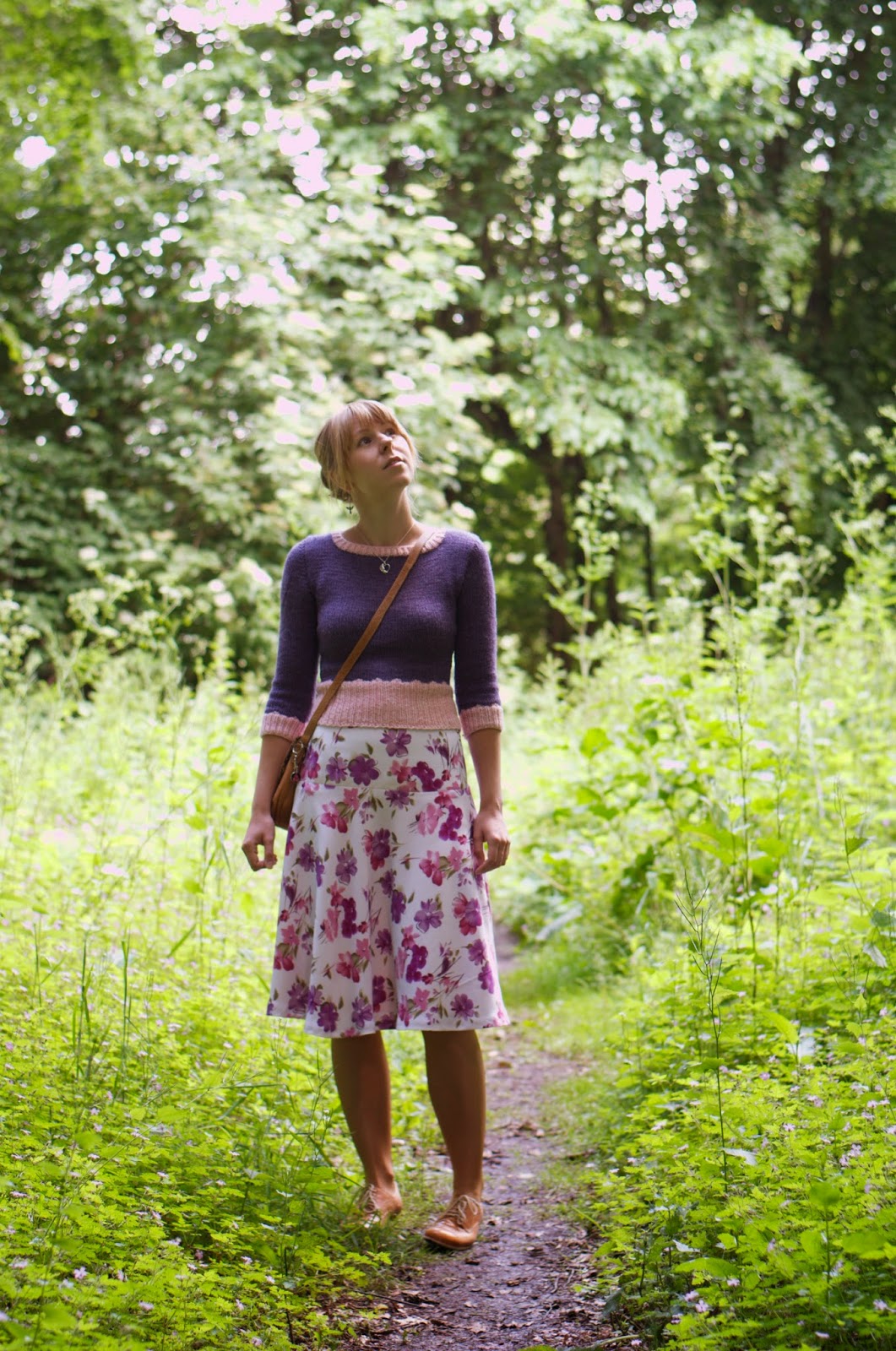 But I just couldn't convince myself to hand stitch the hem on a full circle skirt! But I still wanted to have a hand stitched look (or rather invisible stitches). Thus I used the invisible hem stitch foot that came with my sewing machine. I didn't want to use this foot, because it doesn't give me a nice and neat finish. I can't say that it behaved - I had to go back and stitch a few areas twice, but in the end the result is alright. And I was faster by machine then by hand. 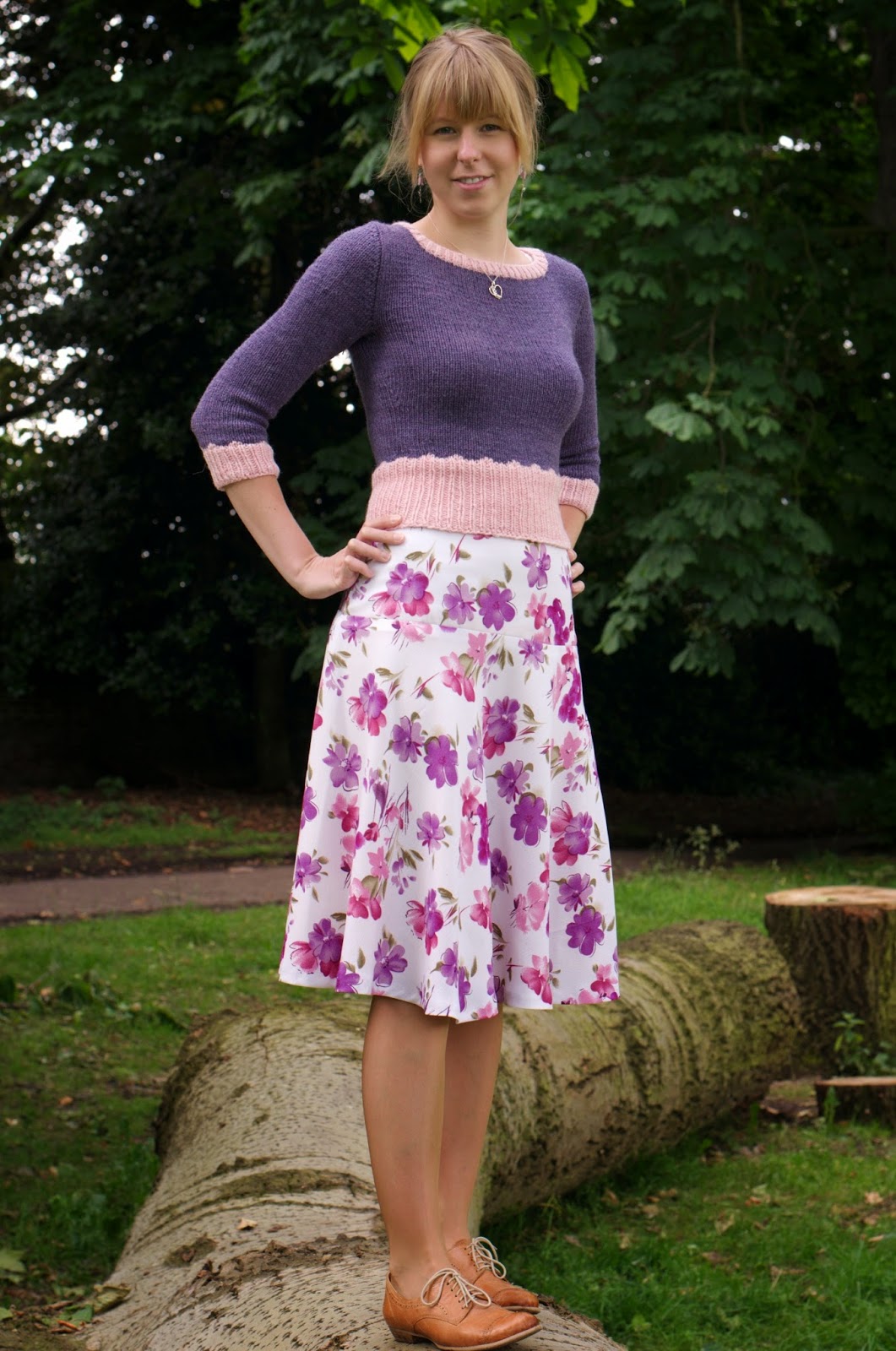 Do I like it? Yes I do! But not in combination with the Pink Burda Top that I made and that the model wears together with the skirt in the Burda magazine. I don't know why, but the skirt/top combination doesn't look good on me. You have to take my word, because I just couldn't take pictures of this mismatched ensemble!

But fret not! I still have some of the pink jersey left and now that I have finally gotten my hands on the Renfrew pattern, I will make a pink jersey top soon. 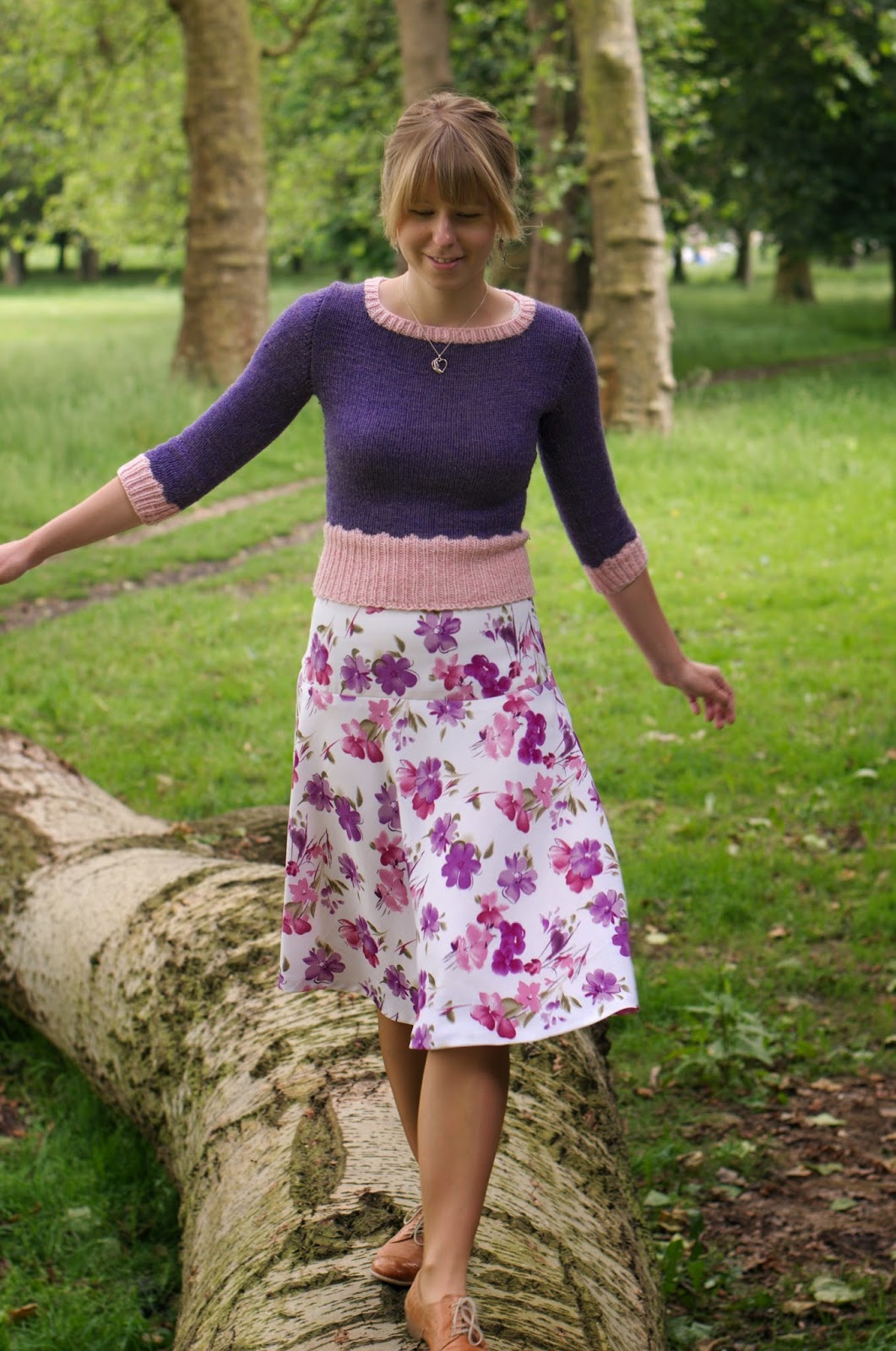