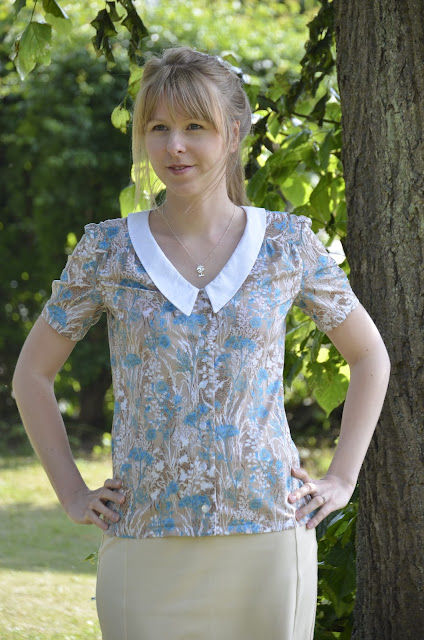 I think I’ve given you enough time to forget about my last version of the Mimi Blouse :) The pattern is from Tilly and the Buttons book “Love at first stitch”.

Fabric: My first version was made from a drapy and soft fabric - it was actually a fabric used by the Oasis retailer to make a blouse. I found out about it on twitter because JessB had the blouse, haha. I always try to get my hands on shop fabric and I actually succeeded without knowing! For my second version I used a liberty copy print cotton lawn. It is a lightweight fabric, but much stiffer than the fabric from version one. I’ve used this fabric before to make a dress at a sewing class and was happy to finally use up these leftovers! 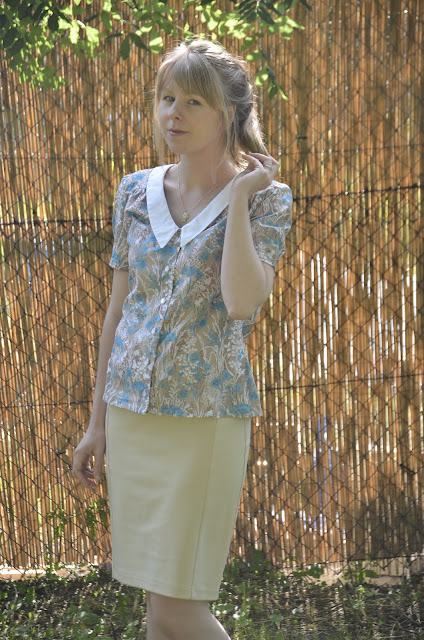 For the collar I used some leftover cotton lawn also from my stash. The buttons come from my button jar as well. So you can say, this blouse cost me almost nothing :) I love it when this happens. 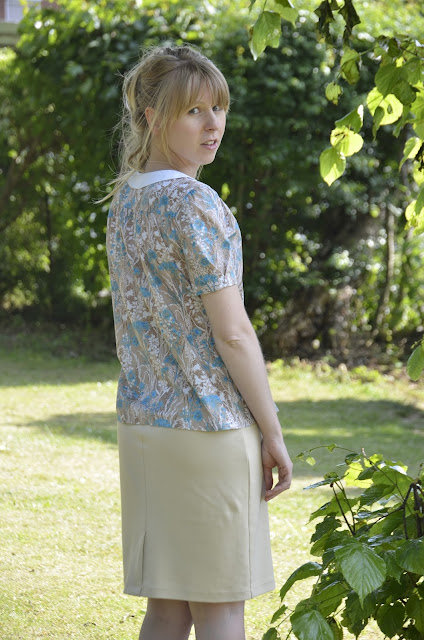 Fitting: The fit was quite good in my first version but I was not 100% happy with it, because the collar was laying not flat. It wasn't that obvious because of the drapy fabric. But you know how it is: when you know it’s there, it bothers you. So back to collar drafting I went and a thorough measuring of the neck curve revealed that my collar curve was longer than the one on the yoke. I can’t remember the exact measurement, but it was something around half an inch. I removed the fullness and after some more fiddling on my dress form was happy with the fit.


Construction: Having sewn the blouse before, sewing this one was really fast. I mostly followed Tilly’s instructions. The only change I made was to sew the collar in flat. That means I sewed the collar to the yoke before sewing the side seams. I think it results in a nicer collar because you can press it much better :) and it is easier to pin and sew. 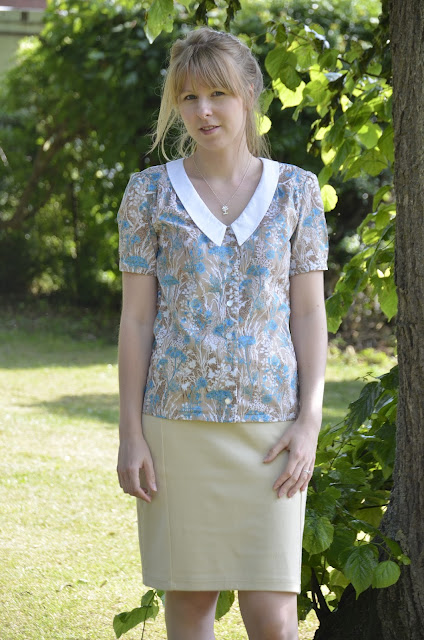 By the way, the skirt I'm wearing is the Colette Mabel Skirt. It is made from a Romaknit Jersey that I bought in Goldhawk Road. It is a bit see through and I can wear it only with similar colored tights or underwear.


I made the pencil skirt version 3 in size M. The pencil skirt has side seam details and a kick pleat. I'm not sure if I cut the wrong size or if it was because of my fabric, but I had to take out 8 inch from the waistband and then from the top of the side and back seams to make the skirt fit. The skirt is sitting now on my natural waist - I'm not sure if that is the right position because the pattern says mid-rise. But anyhow the skirt felt very loose before and I was afraid it would slide down when stretching over the day. 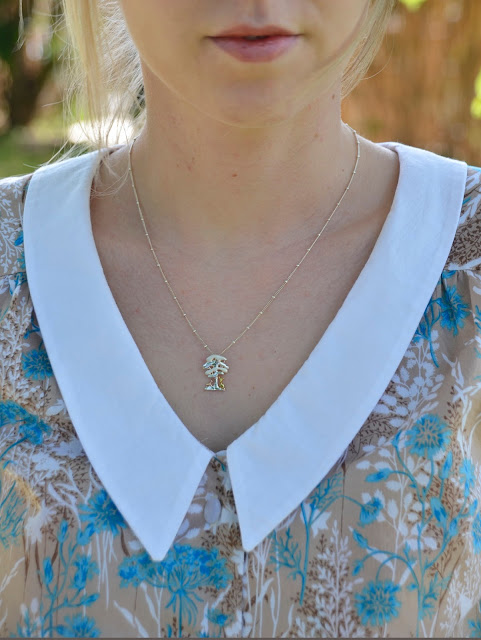 The skirt was easy to sew otherwise and I sewed it mostly on my overlocker. It was a race against time. I have to stop sewing at 9 pm because the walls in our new flat are so thin. I started cutting the fabric at around 7 pm and then participating in my own little sewing bee. And lost. But would have won, if I wouldn't have fitted the skirt :P 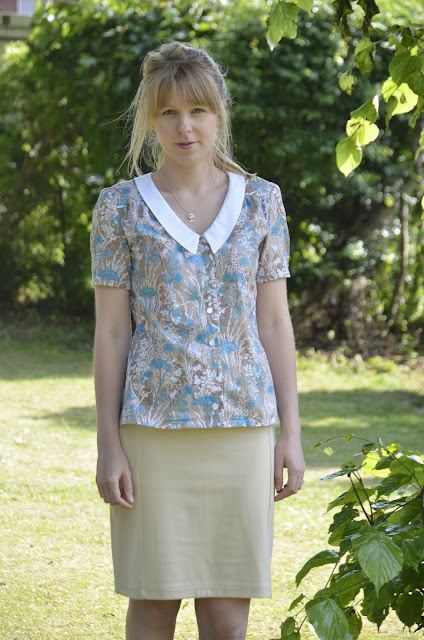 I'm a bit disappointed with the kick pleat because it is only a mock kick pleat. My mum asked me actually if I had forgotten to open the pleat. Nope it is closed - unless I misunderstood the instructions? Any thoughts from your experience with the pattern?

Despite it little quirks the skirt is a favorite of mine and I wear it at least twice during the week. Yeah for basics again :)

Email ThisBlogThis!Share to TwitterShare to FacebookShare to Pinterest
Labels: Colette, jersey, sewing, Tilly and the Buttons