Finally, I have the time to tell you about my Polka Dot Sorbetto. Chances are high that you have seen it already on Flickr in my photo stream. Nonetheless, keep reading because in this post I will give some construction details! 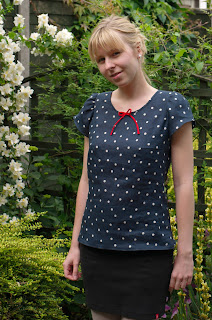 First of all, I used the same fabric as for my Picnic Blanket Skirt because I had just enough left to squeeze out the Sorbetto. I was told the fabric is 100% linen, but I got doubts when cutting because it was slippery - a lot! The bow is made of quilting cotton and the nice little flower buttons I had in my stash. 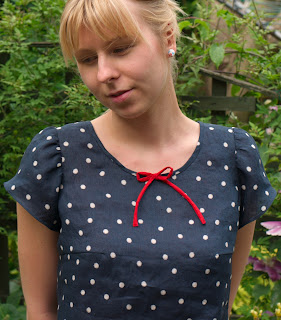 I used the famous Sorbetto pattern from Colette as a template and made some changes to it:
I used pattern size 0 and had to grade down to size 4 towards the waist. Other than that, I only had to move the bust dart down as it was pointing above my apex. That's it, no SBA or narrow back adjustment, yeah. Ah, forgot, I made a sway back adjustment! 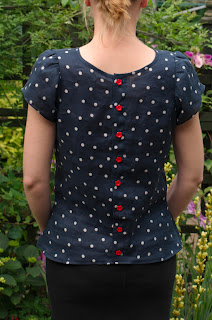 For the button stand I added 1 1/4" (button stand) plus 5/8" (seam allowance) fabric to the center back. I made this changes on the tissue first. I also cut 1 1/4" x back length of light weight fusible interfacing to stabilize the button stand (on both sides). 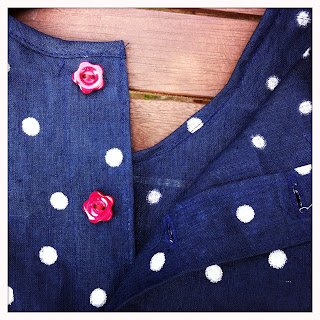 This was the first time, that I used my sewing machine to sew on the buttons! There were so many that I couldn't be bothered to sew them all on by hand. I knew that I had a foot to stitch on buttons, but had never tried it before. And guess what, it is super easy and even better super fast! 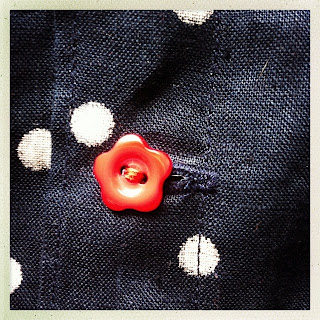 It was also the first time that I tried to make my own continuous bias tape. And to my shame, I failed. I followed the tutorial from Colette and everything went great up to the point when I had to cut and found out that my tape width was not even! As I had run out of fabric and also had no bias tape around (and I really wanted to wear the top the next day), I had no choice other than to use the "bias tape" I had. Luckily, I didn't need much - just for the neckline - and I managed to sew it on. Sleeves and hem I finished with a rolled hem - thanks to my rolled hem sewing foot. 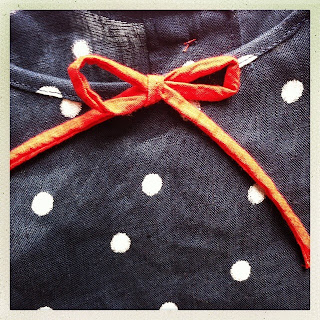 Just to add some cuteness to the front, I added a little bow tie that I made of quilting cotton following a tutorial from the Colette sewing book. 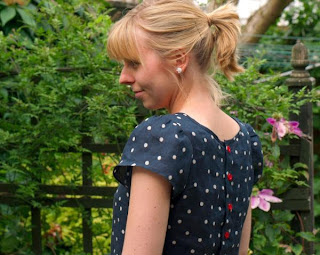 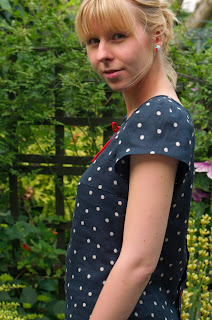 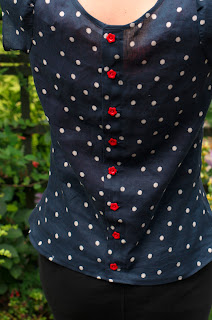 I will definitively make this pattern again. I am not sure if I am going to make the same version so. I would love to make a Sorbetto with a peplum and Peter Pan collar!

What about you? I would love to hear if you made any Sorbettos. Have you made any alterations or did you keep the original version?