May I proudly present my knitted lace scarf!

Yeah, I did it! I knitted my first lace scarf! And let me tell you there were a few firsts here. 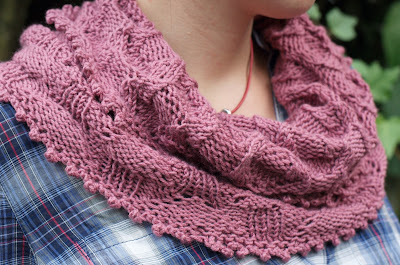 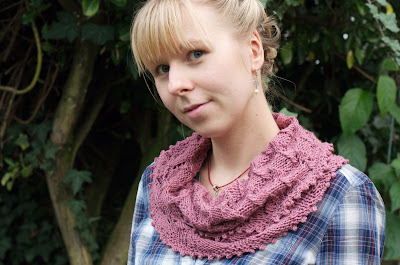 And as you can imagine, it was not a smooth journey. 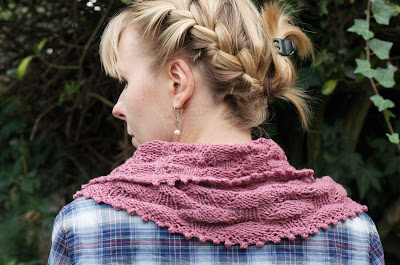 But despite all these little struggles, I loved to knit the scarf. It is just nice and cosy to spend the evening on the couch with your knitting in hand. Especially now that the days are getting darker and colder (and the warmest room in our house is the living room), I prefer to snuggle on the couch. But, on the weekend I will try to heat up my sewing room our shared office, to get loads of sewing done. 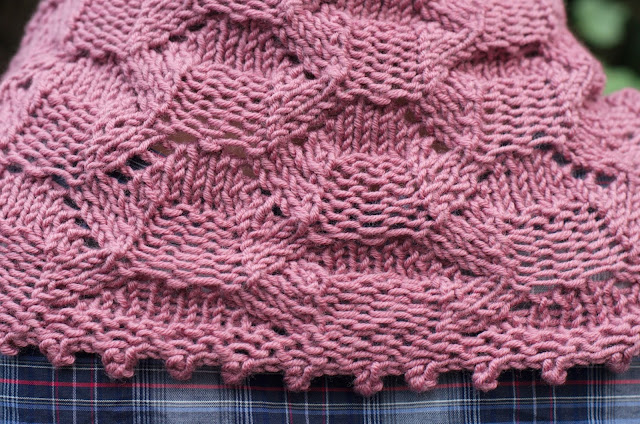 But now, let me properly introduce my first knitted make!


Construction: Not too difficult. After my third repetition of the lace pattern, I got the hang of it and I went ahead quite fast. I was able to knit 122 stitches and 16 rows during a football match :) I didn’t fully follow the intrcutions when knitting the cowl because the intructions called for 3.5, 4 and 4.5 cm needles and I had at first only the 4 cm one. So I knitted half of the scarf (3 repetitions of the lace pattern) with this one and the other half (another 3 repetitions) with the 4.5 cm needle instead of knitting 2 repetitions with each needle.

Blocking: As I have never blocked something before I had a look on the web to find out what to do. In the end I followed a tutorial by Pam from Gingerbread Snowflakes. For this method, you tightly roll bath towels to a tube and then place your cowl onto them. The tutorial calls for steaming your cowl, but as I have not the best iron I handwashed my cowl before placing it on the towel rowl.

When washing and pressing the cowl it reminded me very much of my childhood, because my sister and I used to wash our doll cloth that my grandma had knitted for us. After soaking them in water we would roll them up in big towels and stamp onto them to press out any water. Then everything would be hanged on a little washing line that was spanned between two chairs :) For the cowl I used the same method, but placed it on the towels instead of the washing line, smile. 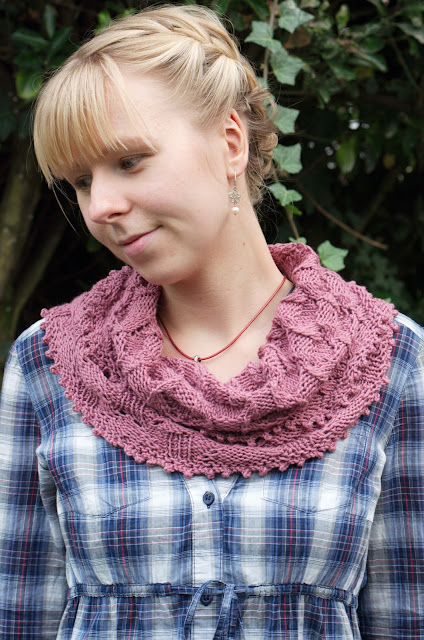 What I like about the cowl: It's pink - what's not to like? And super soft and cosy. And I made it! And I think I will be able to wear it soon as the temperatures are dropping in the UK.
Posted by Unknown at 20:52