I actually planned to have more sewing time after all the wedding preparations were done. But no, we went straight into our next big adventure: house hunting! So that's how we spend most of our Saturdays - looking at other peoples houses. So far nothing has come along that both of us really like. That means more searching and less sewing. 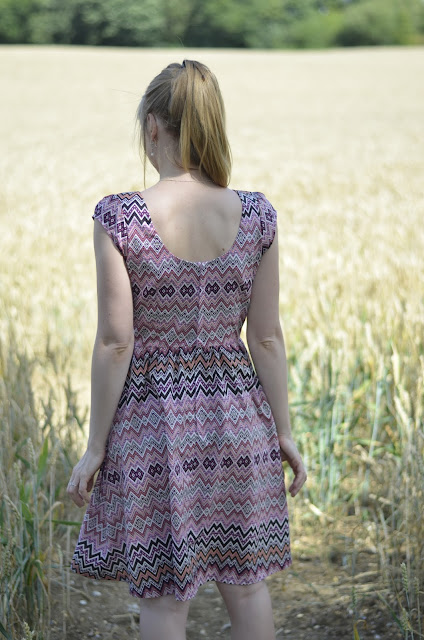 But I've found some pictures that we took in August in which I wear the first dress I made after finishing my wedding dress. I wanted a quick no-fitting sewing project and thus made my third version of Simplicity 1803 (see versions one and two). 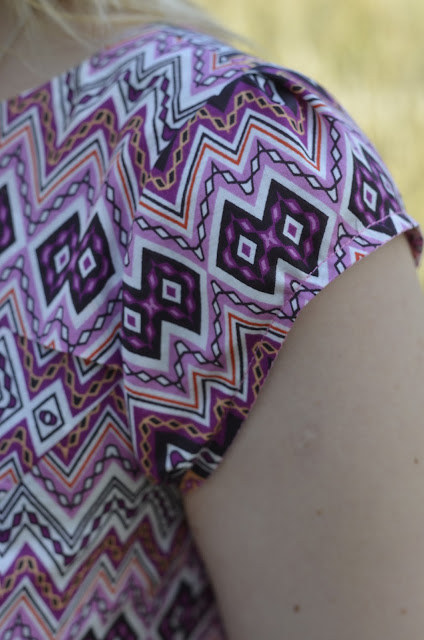 The fabric is a liberty copy print on cotton lawn. I bought it on Goldhawk Road and it is one of the first fabrics I ever bought. So it felt really good to finally use it. I tried to match the Zigzags as best as I could and am really happy with the result. 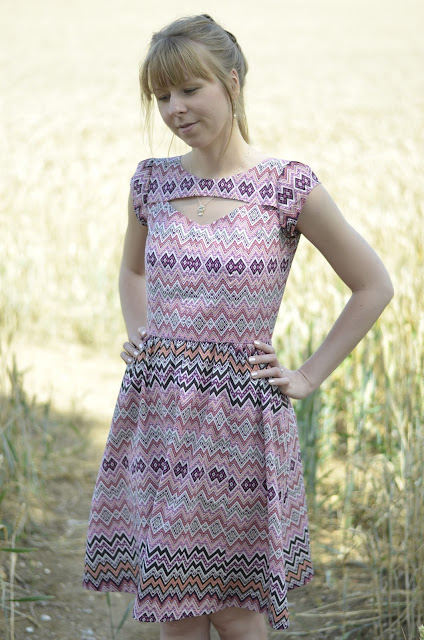 Sewing the dress was quick, but there was some fitting involved. I hadn't made the yoke version before and didn't anticipate any problems. But having pinned the yoke to the dress, the yoke was strangling me. So I had to take it apart (Does anybody enjoy to take out understitching on trimmed seams? No me neither) and then deepened the neckline curve by 1cm. I couldn't go deeper because then I wouldn't have been able to turn the yoke right side out. The fit is better now, but still not 100% comfortable. 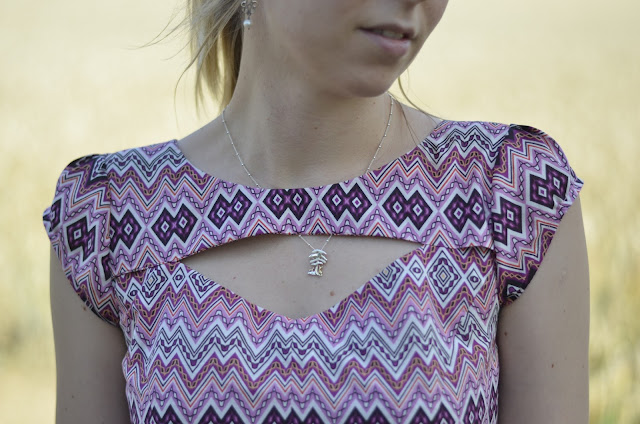 Due to my square shoulders the yoke is not sitting smoothly. You can see the fabric bulging next to the armpit. I tried to handstitch the bulge down but couldn't get it to lay flat on the right side, buh.

Other than that the dress came quickly together. I used my overlocker for the first time to gather a seam. Just amazing: so fast and even gathering. The good thing is that you don't need a special foot for it. So if you have an overlocker and haven't tried that feature yet, I can only recommend it! 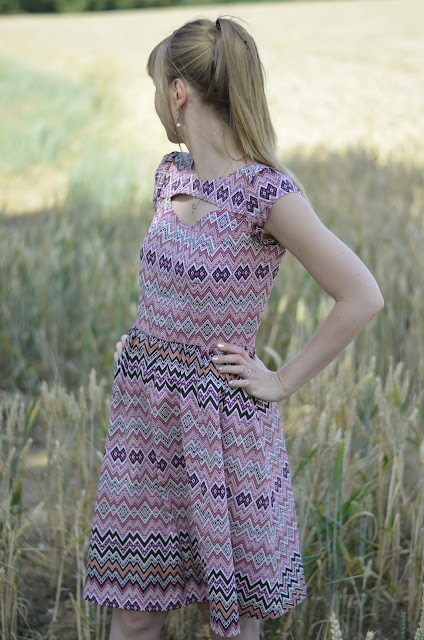 Now the big question: Have I worn it? Yes I have, but not very often. The problem is that if I'm not standing straight and don't push my shoulders back, the yoke is bulging massively. See the evidence below. I've worn the dress with a pink boat-neck wool jumper. It is a really nice outfit but I don't like to wear wool on my skin. And also I'm in autumn mood which means I want to wear brown, orange or red colors.