Are you in Christmas mood yet? Are you decorating, baking, crafting gifts or are you hiding behind the couch, waiting until Christmas is over? I am one of those people, who start already at the end of November to listen to Christmas music - I mean I have to be in the right mood, right?

So, the last two weekends I was busy baking German Christmas cookies, Christmas Stollen (there were 2 kg, but it was already gone after one week), decorating my living room, sewing Christmas presents (two more to go!) and last weekend I made a Christmas wreath!

So, I thought I would share a few pics with you and also show you the pillow covers I made for my grandparents. 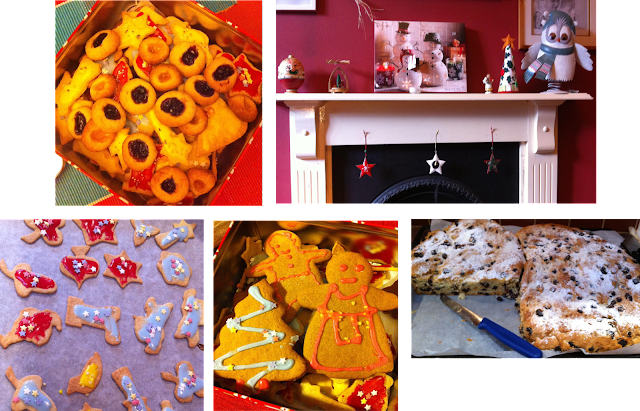 To make the pillows I used the bordered star tutorial by Deborah from whipstitch and the Liberty pillow tutorial by Rumi from 3patchcrafts. The patchworking took quite a while, as did the quilting, but as soon as this was done the pillow came together quickly. As the bordered star pillow is quite big, I added buttons at the back to close it and for the Liberty pillow I used the normal envelope closure.


The fabric I used was the Hand Drawn Garden bundle by Anna Maria Horner that I won back in August. I still have some left, so I will probably make a pillow for myself as well! The bordered star pillow is quite big and I am going to buy the pillows in Germany because I don't want to take them with me on the plane. I had only small cushions at home to take the photographs, that's why everything looks a bit loose.

I even made a little label :) 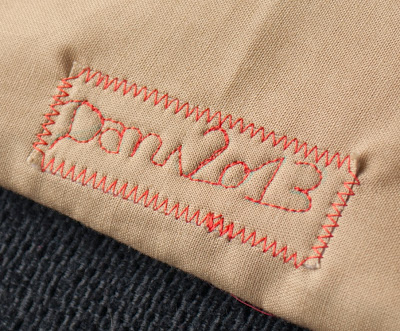 And some detail shots: I free motioned quilted the star pillow and for the Liberty pillow I mainly used my walking foot. 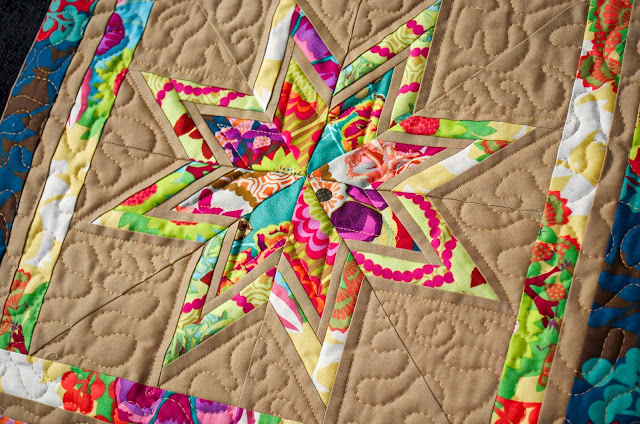 I will leave you now with a final pic of my pretty Christmas wreath! Have a lovely Wednesday everyone :X 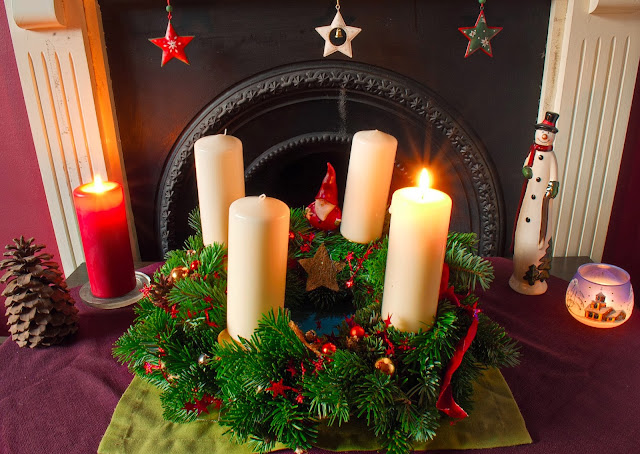